April 2017 Three new undergraduate research assistants have joined the group! Sara Jacob is in the Park Scholarships program, Aaron Keeler is a Sophomore Chemistry major, and Gabriella Mamlouk is a Biological Sciences major in the Goodnight Scholars Program and Daniel L. Solomon Scholars Program in the NC State College of Sciences

March 2017 Our collaborative work with Tillman Weber and Sang Yup Lee is published in ACS Synthetic Biology and is selected as the journal cover!

March 2017 Congratulations to Kyle Bingham who has been selected as the recipient of the NC State Chapter of The Honor Society of Phi Kappa Phi Award for Excellence!

Jan 2016 Gavin gave a talk at the Teen Science Cafe!

Sep 2016 Congratulations to undergraduate research assistant Katie Almasy -she has been selected to participate in the Provost’s Professional Experience Program!

Aug 2016 The Williams Lab is a recipient of the 2016 Chancellor’s Innovation Fund!

July 2016 Gavin gave an outreach talk at the Museum of Natural Sciences – check it out here!

May 2016 Katie Almasy, member of the Goodnight Scholars Program – has been selected to receive funding from the Department of Chemistry to carry out research in the Williams Lab during the summer!

May 2016 Congratulations to Christian Kasey and Rachel Hall who were selected to receive the Percy Lavon Julian Award for Research and the Miles F. Anderson Award for Teaching – very well deserved!

April 2016 Vishwas Rao has been named a 2016 Barry Goldwater Scholar by the Barry Goldwater Scholarship Foundation! Three scholarships were awarded to undergraduates across North Carolina. The Goldwater Scholars were selected on the basis of academic merit from a field of 1,150 mathematics, science, and engineering students who were nominated by the institutional representatives of 415 colleges and universities nationwide. This is a huge honor, well done Vishwas!

Feb 2016 Samantha Meiser has been selected to receive a Chemistry Graduate Scholars Research Assistantship! The fellowship includes a generous stipend for 12 months and funds to attend a conference. Well done Sam!

Nov 2015 Gavin has been selected as a 2015 University Faculty Scholar!

Nov 2015 Chris Ladner’s review on engineering assembly lines is now available in the JIMB special issue “Natural Product Discovery and Development in the Genomic Era”. Go check it out!

June 2015 Rachael Hall has been awarded a NIH Molecular Biotechnology Training Fellowship for a period of 2 years to support her research project ongoing in the group. Congratulations Rachael!

May 2015 Undergraduate research assistant Mounir Zerrad has been selected to receive an Atlantic Coast Conference Inter-Institutional Academic Collaborative (ACCIAC) Fellowship to continue his research in our lab during the summer!

May 2015 Undergraduate research assistant Taylor Courtney was chosen for the Department of Chemistry and College of Science Outstanding Senior Award for Scholarship!

Feb 2015 Undergraduate research assistant and Park Scholar Vishwas Rao has been selected to take part in the Amgen Scholars Program at Stanford! This is a huge achievement!

Aug 2014 John McArthur passed his final PhD defense! He is moving to UC-Davis to postdoc with Xi Chen.

Aug 2014 Kyle Bingham and Taylor Courtney have been selected to receive Undergraduate Research Grant Awards for both the Fall and Spring semesters!

June 2014 Steve’s riboswitch paper is one of the most downloaded papers in ChemBioChem!

May 2014 Sean Lund won the Miles F. Anderson Award for Excellence in Teaching!

May 2014 Irina Koryakina won the Percy L. Julian Award for Excellence in Research at the 2014 Graduation Presentation Ceremony!

March 2014 Steve’s paper “Intracellular light-activation of riboswitch activity” is accepted in ChemBioChem! Congrats to all those involved.

March 2014 Irina Koryakina passed her PhD final defense, congrats! The first of many!

Dec 2013 The Williams Lab research is featured on the NC State University homepage!

July 2013 Irina presented her research during a recruiting trip to Russia!

June 2013 Irina’s OBC paper is selected as a HOT article!

May 2013 Steve Walsh won the Miles F. Anderson Award for Excellence in Teaching!

May 2013 Matthew Draelos has been selected to receive the F. Ivy Carroll NC-ACS Undergraduate Scholarship Award!

April 2013 Hemant Desai has been selected to receive the PAMS Spring 2013 Award for Scholarly Achievement!

Aug 2012 Gavin presents an invited talk at the Society for Industrial Microbiology and Biotechnology meeting in Washington D.C!

May 2012 Gavin’s talk at the ACS national meeting was selected as a “Best of Biotechnology” award winner!

March 2012 Gavin gives a seminar at the ACS National Meeting in San Diego!

March 2012 Congrats to Matthew Draelos, and our alumni Jessica Neville, for making the Falls Deans List and maintaining a perfect 4.0 GPA!

Jan 2012 Our chapter contribution to the Protein Engineering Handbook is accepted for publication!

Nov 2011 Matthew Draelos wins an undergraduate research grant to fund his research in the group!

Aug 2011 The Williams Lab said farewell to REU student Morgan Bair this week, please join me in congratulating her for a fantastic effort this summer!

Aug 2011 Irina’s manuscript is accepted for publication in ChemBioChem!

July 2011 The Williams Lab wishes undergraduates Matthew Draelos and Jessica Neville all the best at their UC Berkely and NIH training internships this summer!

June 2011 Gavin is severely injured during a spectacular goal attempt in a game of soccer! Thanks for card and beer!

April 2011 Irina and John represent the Williams Lab at the Scope Academy! 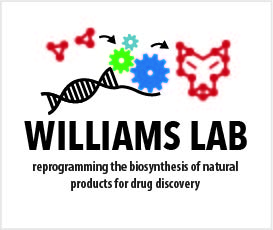 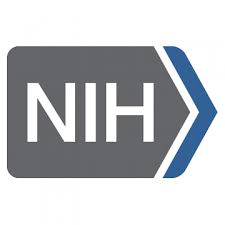